There are around 40 switches on the playing field which were originally wired in a point to point fashion -- the cable management was quite impressive.

With the new electronics, switches are arranged in a 8 x 8 matrix. The row and column wires are tied together in two strands, which are routed in a serpentine fashion below the playing field. Finding a good way to keep the wires in order and organized took some time.

Some pics of the cabling `making-of` ... 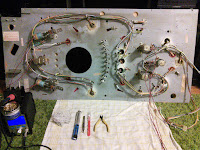 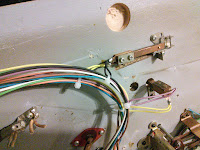 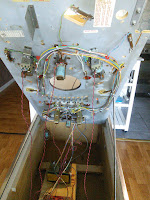 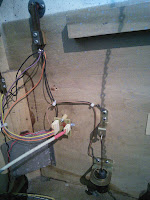 The flipper buttons on the cabinet and the tilt switch (lead blob on a pendulum) was wired to a I2C port extender. The shielded white cable for the I2C is visible in the last picture. 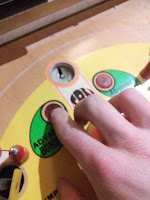 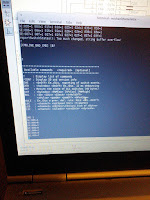 The initial test look promising. The Fan-Tas-Tic controller scans the switch matrix and reports input changes to the PC.

Posted by Unknown at 3:10 AM No comments: