Fireflys in a jar

A toy webinterface for a similar jar can be found here:
http://roesti.uk.to/fireflyJar.html
Note that it is the real deal and the jar, standing next to my window, will actually start flashing if you click any of the buttons 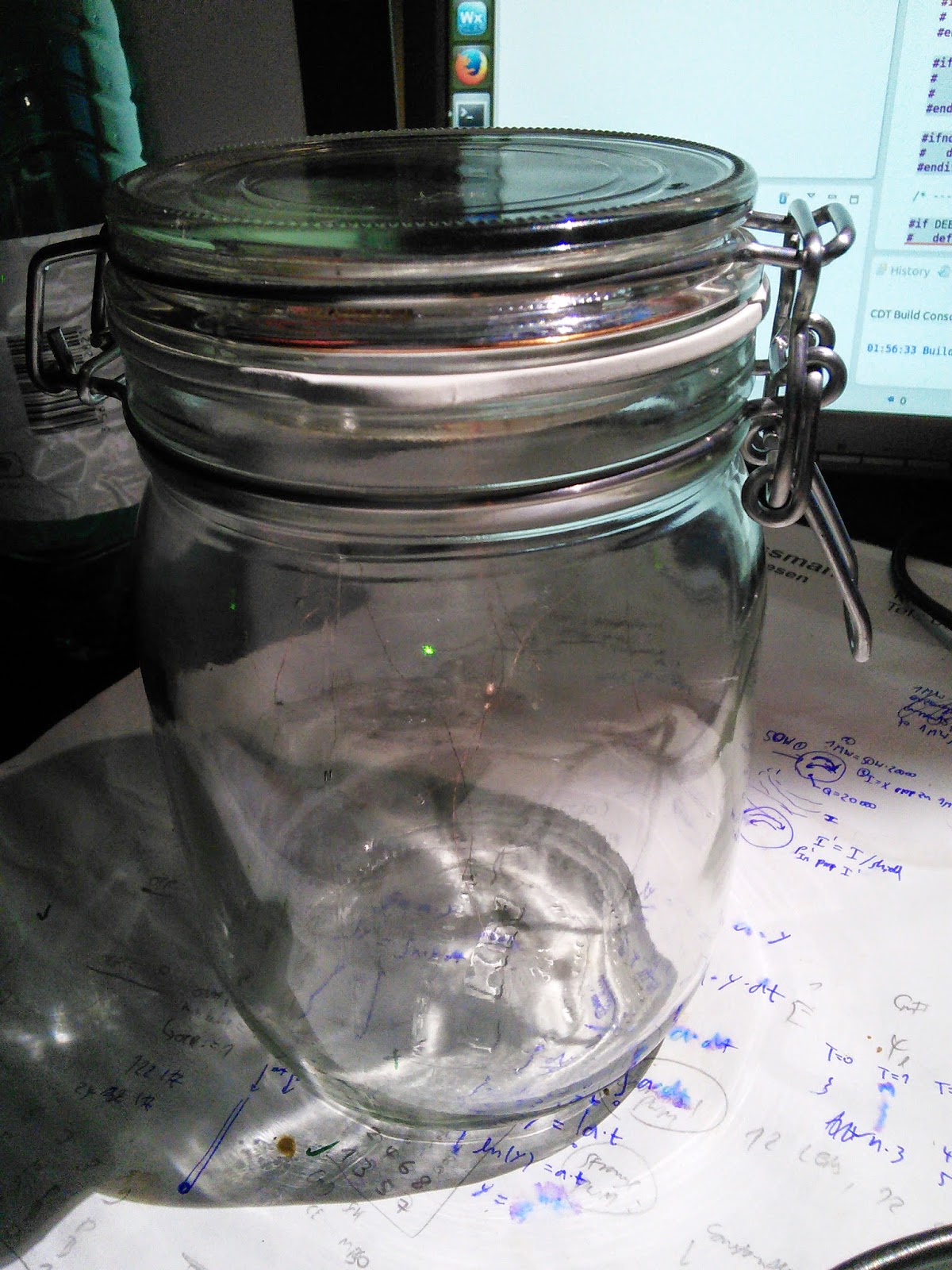 The AVR board has been modified in the following way for very low power operation:

Note that this pinout allows to connect an optional nRF24 module to PORTB. So far this has not been utilized in the firmware though. 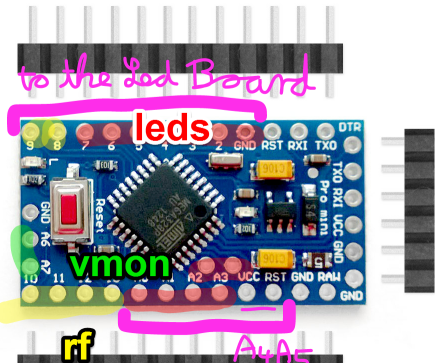 The battery and AVR board have been fixed with superglue and some engineering tape to the backside of the solar cell. The female headers on the LED board will connect to the male ones on the AVR board. 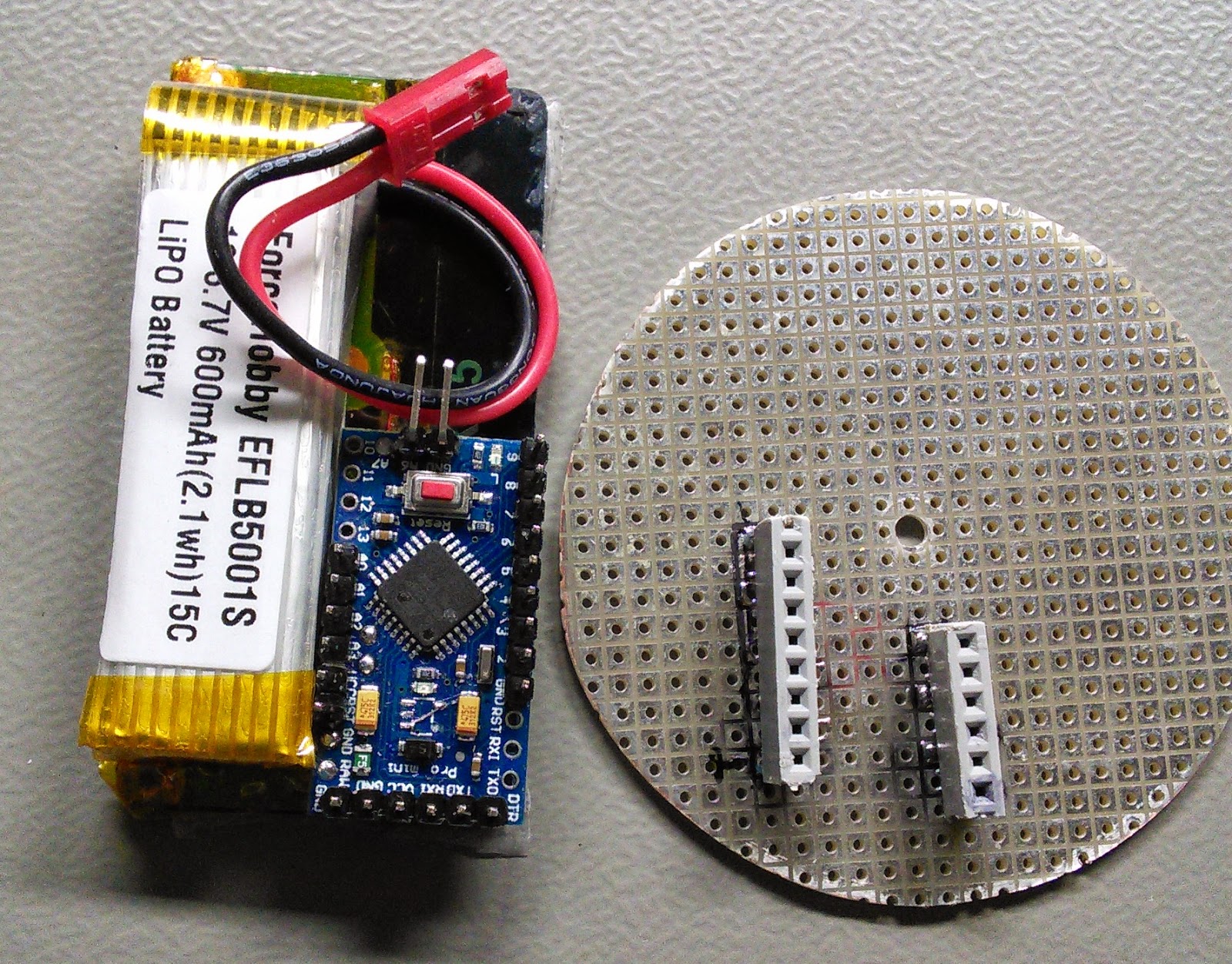 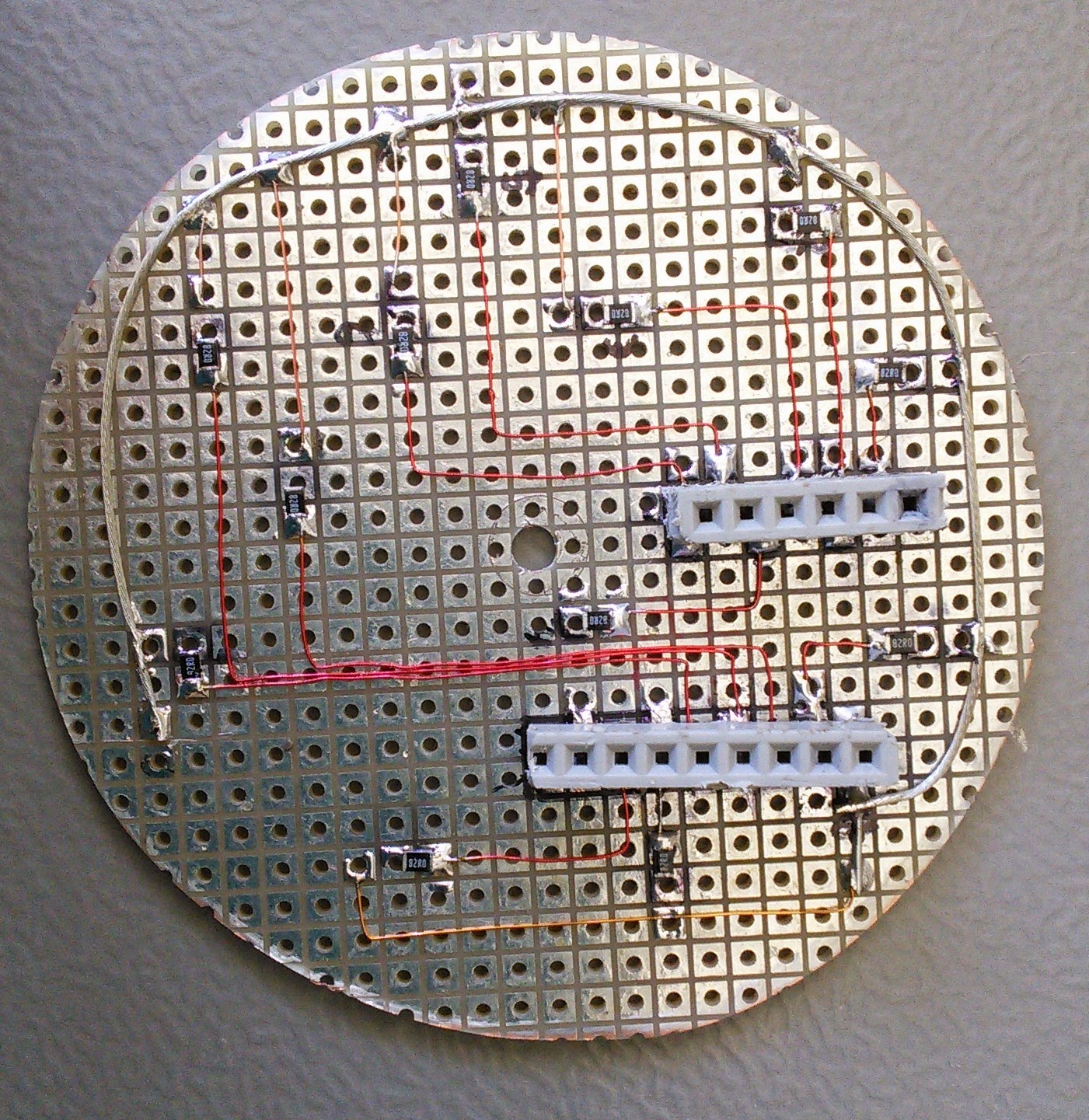 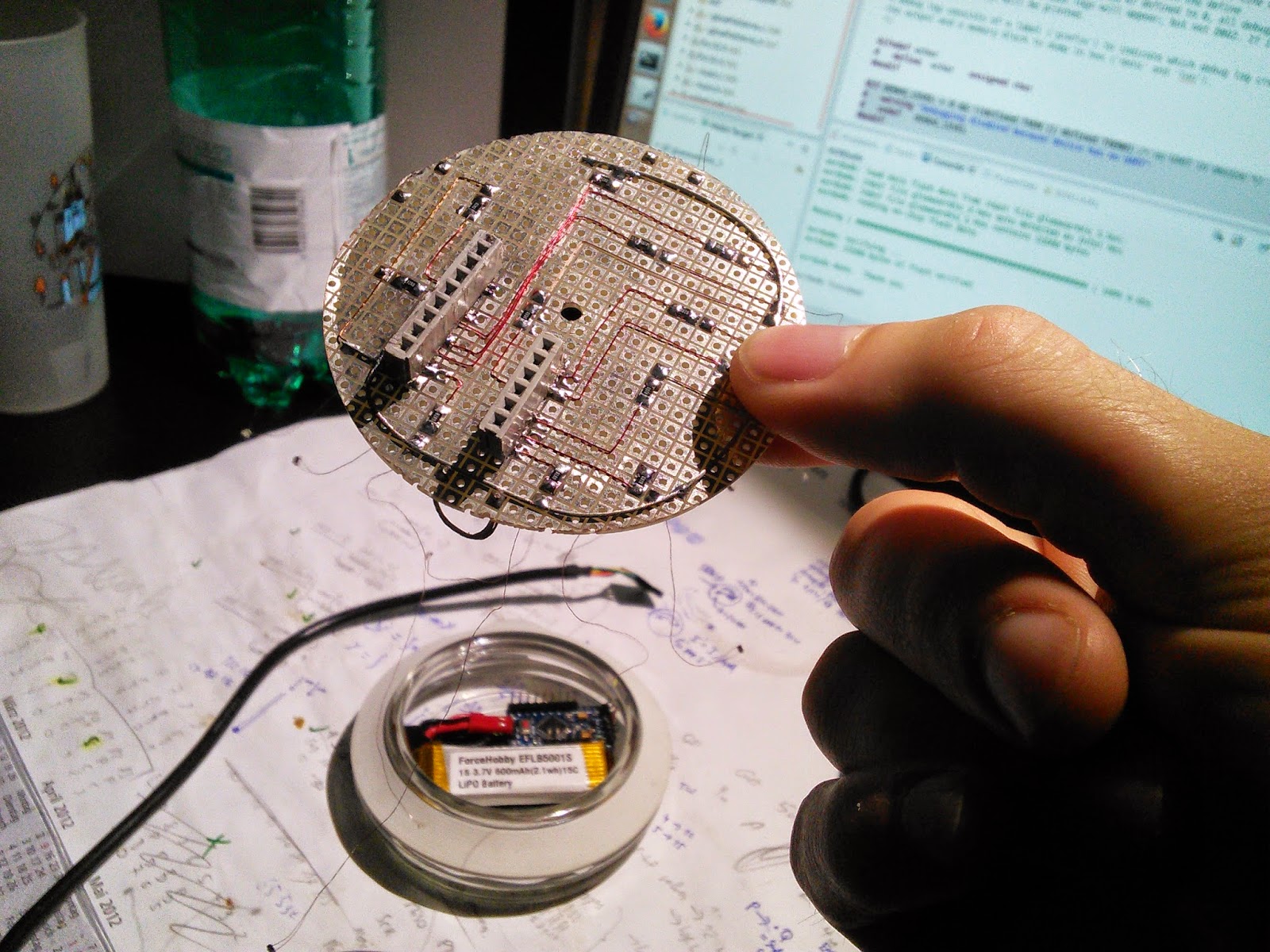 The solar cell is clamped in place within the lid of the jam jar by a loop of thick magnet wire. The loop, having a cut, has been placed in a groove of the jar, then soldered together, which clamps it into place. 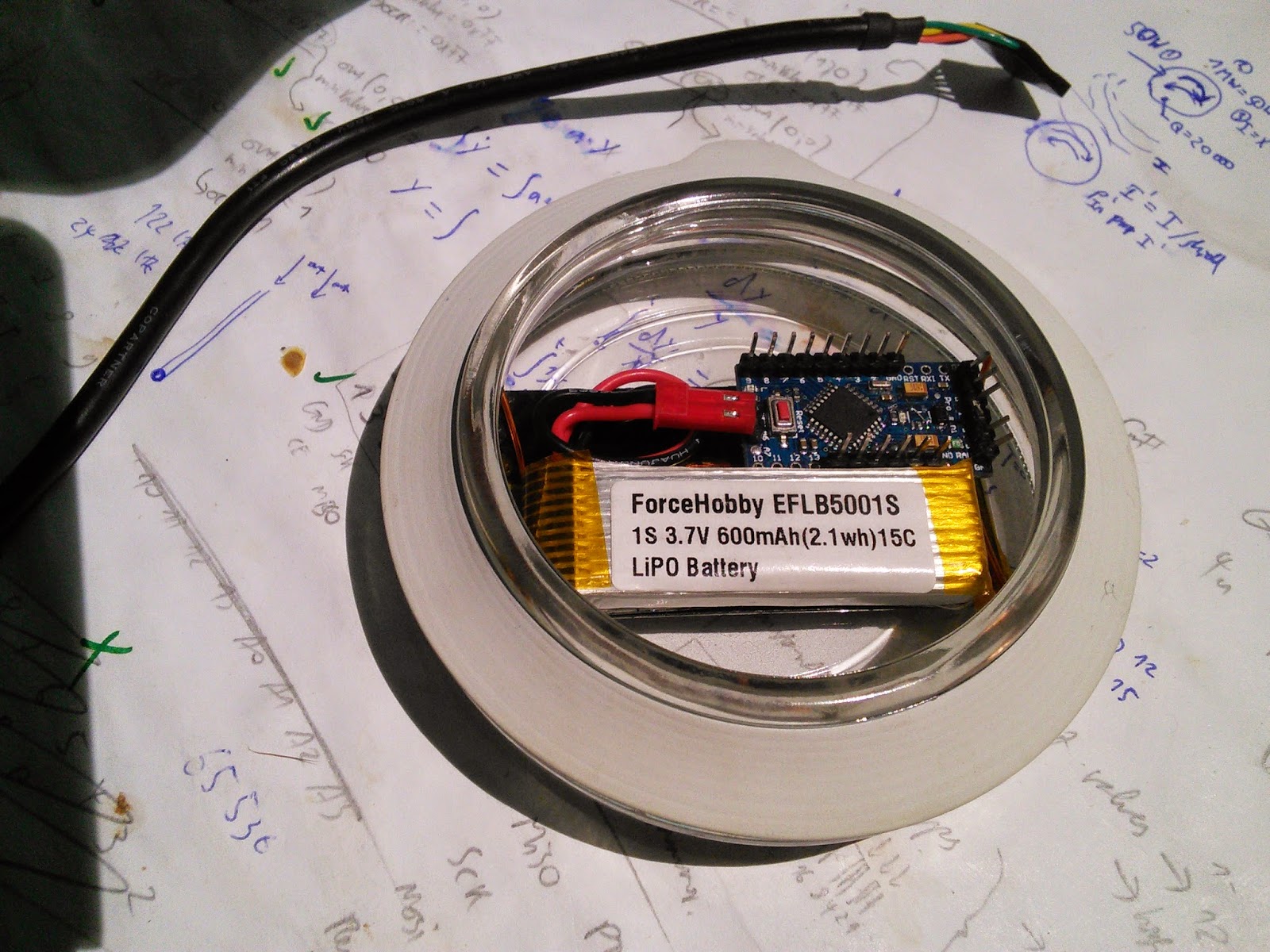 The magnet wire for the LEDs has been scavenged from a miniature relay. Two wirestrands, about 3 m long, have been tightly twisted together using a portable drill and then fixated with superglue. The resulting wire has been cut to various lengths and soldere to the SMD LEDs on one side and to the LED board on the other. 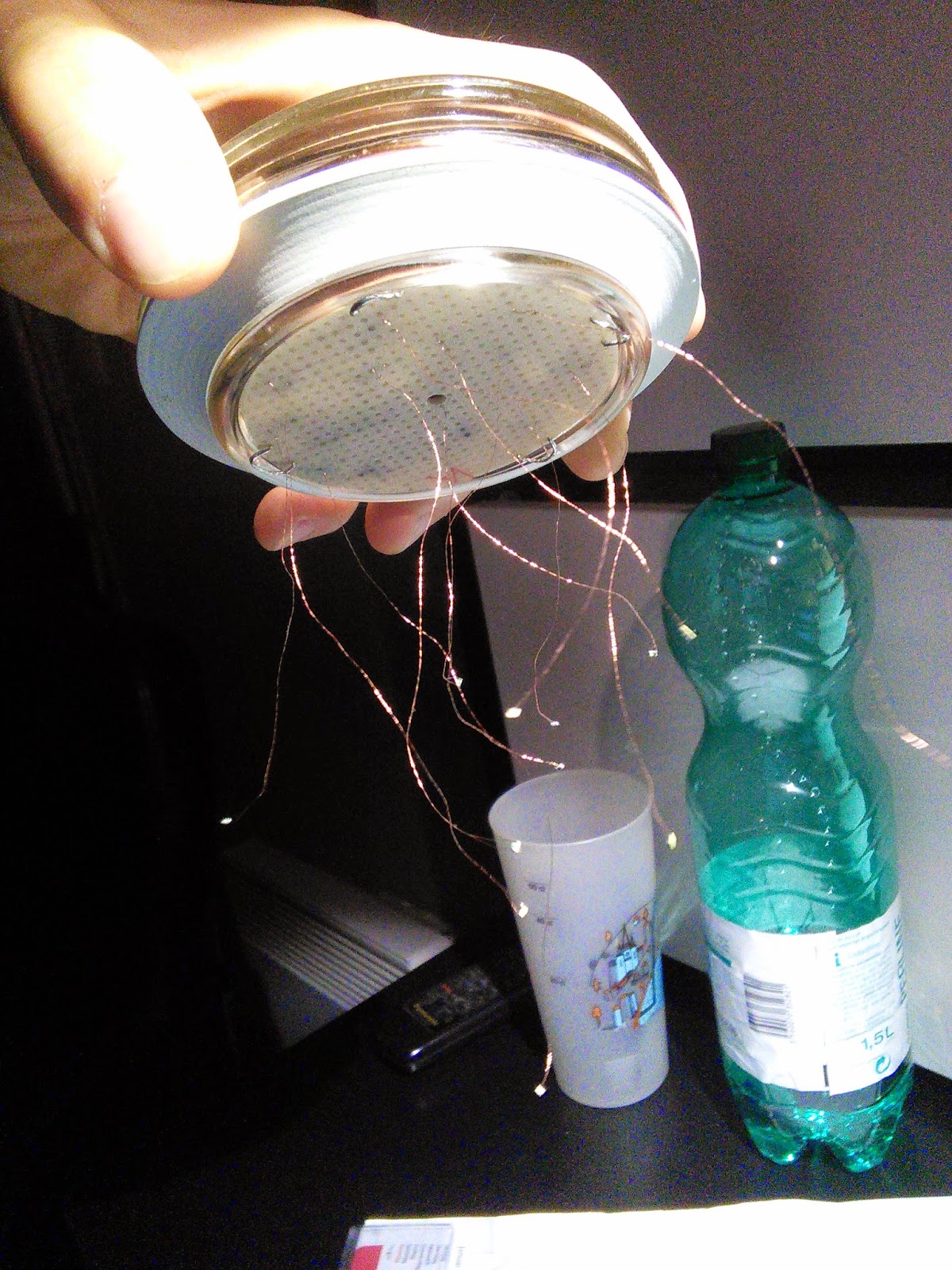 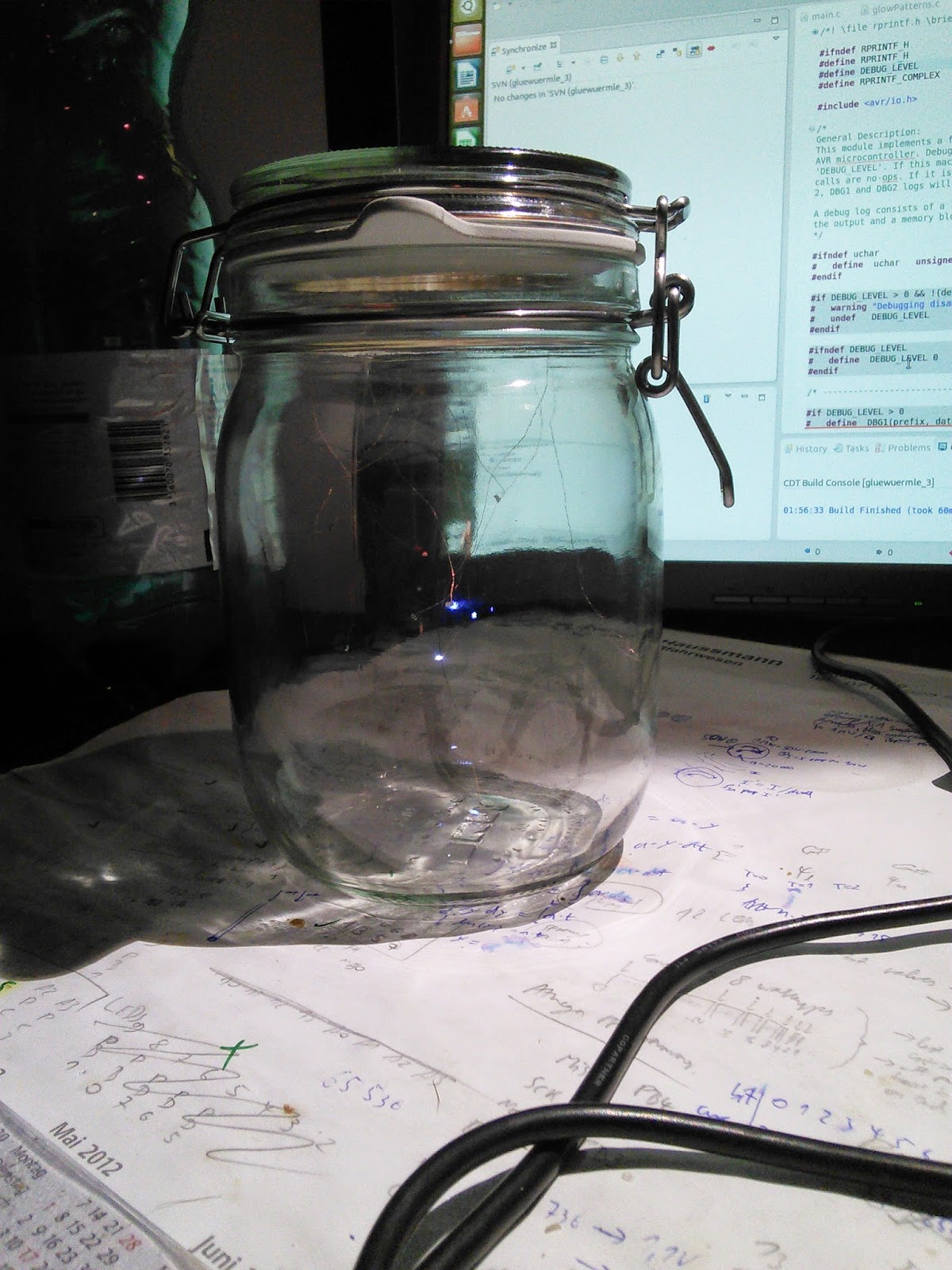 The sourcecode for the AVR has been tentatively uploaded to GitHub.
It is based on hand-optimized assembler code, which does "Binary Code Modulation". The shortest bit-period is only 2 machine cycles long.

The flashing patterns have been crafted in iPython Notebook and exported as a C header file.